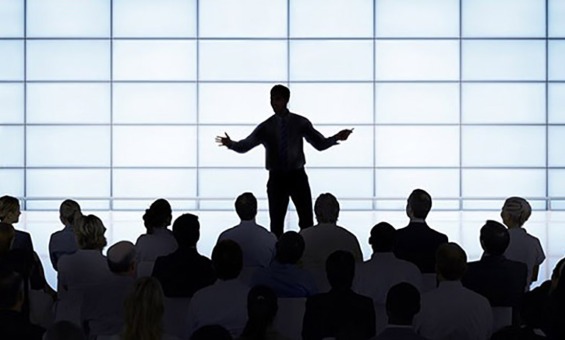 Today I want to discuss Leadership in IT. The principles which we’ll cover are of course applicable on your IT team, organization or company, but also in your family, or perhaps in a non-profit with which you volunteer. As we at Strategic Integrators work in IT, though, I thought it would be good to frame the conversation within the context of IT, and I trust that the principles — wherever you apply them — may prove helpful.

Now, the obvious question some IT professionals might ask is: “Why talk about leadership? Wouldn’t it be better to talk about virtualization or storage or hyperconverged infrastructure” or whatever might be the hot topic of the day? Yet I believe that leadership really is foundational, fundamental. So often the talent of the best technical people — those who are really good at what they do — can be wasted, or at least not utilized to its fullest extent, because of a lack of strong leadership in their organization.

I don’t know if you’ve read Good to Great by Jim Collins, but it’s a classic in business literature. If you haven’t read it yet I highly recommend it. (I think I’ve read it through four or five times … and some parts many more than that.) In the book, Collins argues that of all elements that are required to take an organization from being just good to truly great, outstanding leadership is the most important requirement.

As such I think it behooves us to take some time to talk about what it means to be an effective leader. To help answer the question “How to I lead the department, team or organization that I’ve been given responsibility for?” A critical question with several important component parts that we’ll touch on below.

Leadership Principle #1: The Critical Importance of Mission and Values

I believe the starting point for anyone in leadership is leading from a foundation of mission and values. If you are going to build a house the most important thing will be to construct a firm foundation, because everything else in the house will depend on that solid, stable foundation. Conversely if the foundation is faulty anything that you build on top of that will be suspect.

That said, I encourage you to make this mission statement something this is not full of fluff and throw away words and ideas. Yours should be built with ideas and principles you truly believe in and really want to work toward. Once you define and are clear on your mission it becomes so helpful because it acts as a filter through which you can make decisions.

For example, at Strategic Integrators our mission and values statements are on the wall as you walk into our offices. I want our team to see them every day. We talk about them all the time. A critical part of our mission is to provide extraordinary client service. And that’s been true since I founded the company ten years ago. So last summer when we had a project in Seattle that started to go sideways and we had to make the decision to bring in another team to fix what had gone wrong and to make things right for our client, even though it meant that we were going to lose money on the deployment. But because we already had a clearly defined mission, this was an easy decision to make.

So I believe a practical and powerful mission statement is crucial to anyone in leadership. And if you don’t have one right now, I encourage you to take the time to write one. Bring your team together and craft one. In so doing you’ll build a foundation under the work that you’re about and you’ll see an incredible return for that work in the months and years to come.

Leadership Principle #2: The Importance of Grit and Fortitude

This is a topic within the subject of leadership that is near and dear to me. I think it goes back to reading the book Endurance by Alfred Lansing years ago. Endurance is the story of Ernest Shackleton, a polar explorer. His ship, called The Endurance, was caught and then crushed in the polar ice off the Antarctic coast in 1915. Miraculously, over eighteen months, he was able to get all twenty-eight of his men home to safety. It is a remarkable story, but one that proves again and again how he lived out his family’s motto “Fortitudine Vincimus” which in Latin means “By endurance we conquer.”

That phrase, and Shackelton’s story, so well encapsulate the critical importance of grit, fortitude, determination — whatever you want to call it — in leadership. It’s so true because no matter what group you’re tasked to lead, whether it’s a team or a department even a company, it will be an incredibly challenging thing to do. In the midst of the demands each day will inevitably bring, we have to have already made up up our minds that no matter what comes our way we will find a way through, we will persevere. We need to have already decided that no matter how many times we’re knocked down that we will get back up one more time than that.

If you can instill this attitude in your team, they will become unstoppable and will produce, over time, incredible results. That’s why I believe these principals are so important in leadership — particularly in IT — when so much responsibility is riding on a typical IT department. Let’s say your SAN goes down and the phone’s ringing off the hook and everyone’s upset. It’s crucial then that you and your team have already made up your minds that by endurance you will conquer, that you will find a way through. And I believe that if you have that attitude you assuredly will.

Whether it’s “paint or get off the ladder”, “hold ’em or fold ’em”, or “fish or cut bait” any of us in leadership know that decision making is a critical role we are tasked with in leadership. I wanted to included this topic in this blog because I made two truly bad decisions in 2015 and yet I was able somehow to learn from them and understand decision making better because of them. Happily, these two decisions — one an imprudent hire and another a major business development gambit that flopped — weren’t fatal but they weren’t minor either.

Upon reflection, I think the success that Strategic Integrators has enjoyed over the last several years gave me something like a feeling of invincibility in terms of my decision making in my role here as CEO. This is not only dumb, but it’s dangerous. As I came to grips with the reality of that last Fall, we formed an executive team comprised of me, our Controller, our VP of Sales and Technology, and our Operations Manager.

Our executive team now meets by phone each Friday morning. To that call we’ll bring any major issues or decisions that we have in front of us, and it’s been tremendously helpful. Not only do I get a chance to hear from my trusted team members and they from each other, but I believe that it significantly lowers the chances of poor decision making. Of course it can’t eliminate the possibility we’ll make shank the punt but it really reduces the chances that we will.

Now of course we can’t always reach consensus, but in those instances, I still feel much more confident making a decision with the collective input of my trusted advisors behind that determination. Plus, I believe it’s really important for all of us to have had a voice, to have had an opportunity to weigh in on those major issues and decisions that are in front of us.

Two closing thoughts on decision making that have been important to me over the years. The first is the adage: “people will help support that which they helped create”. I think is so profound. If we give our team members an opportunity to be a part of a decision, obviously their chances of supporting that and then recruiting others to do the same increase dramatically versus our simply saying “hey here’s the decision, deal with it.” The second is much older — we think probably 2500 years older — is from Proverbs 15:22, which says “Plans fail for lack of council but with many advisors they succeed.” Age old wisdom on decision making to which I say, “Amen”.

Today we conclude our video series Leadership in IT by talking about extreme I want to conclude our discussion of Leadership in IT by discussing the principal of Extreme Ownership. Now this was a term I hadn’t even heard of six months ago but it was then that I picked up an incredible book by the same name. It was written by two former Navy Seal leaders, Jocko Willink and Leif Babin.

In the book they relate the lessons that they learned on the battle field, primarily during the battle of Ramadi in Iraq ten years ago, and apply those lessons in leadership to the modern organization.

In short extreme ownership posits that to reach maximum potential every member of a team must take one-hundred percent ownership in every success or failure that their team encounters.

For example, let’s say you’re responsible for a VDI project and things go sideways. In most organizations there is a rush to affix blame or at least to make sure whatever went wrong doesn’t reflect poorly on you or wind up in your personnel folder. The phrase cover your backside is a common one for a reason.

With extreme ownership though it’s totally different. If my team’s project goes wrong — no matter how it goes wrong — it’s no one’s fault but my own. If they couldn’t do that VDI rollout well where did I let them down? Was it poor preparation? Was it inadequate training or insufficient support? All of these things are under my control as a leader and that’s what extreme ownership would look like in an IT setting.

This idea of extreme ownership takes the typical organizational mindset and turns it on its head. Importantly, if this concept is adopted in a team — where everyone takes one hundred percent ownership of whatever task or project they have assigned or been given — I really believe it will transform a team. As we start to apply the lessons of extreme ownership here at Strategic Hardware I’ve been very encouraged by the results. I’m confident that it will mean great things for Strategic and for my team and most importantly for our clients as we go forward.

As always, I trust the above might prove helpful to you as you lead your team!

Contact us today for a low-key conversation about your current environment, pain points as well as long-term goals. Our national-caliber consultants look forward to speaking with you soon.